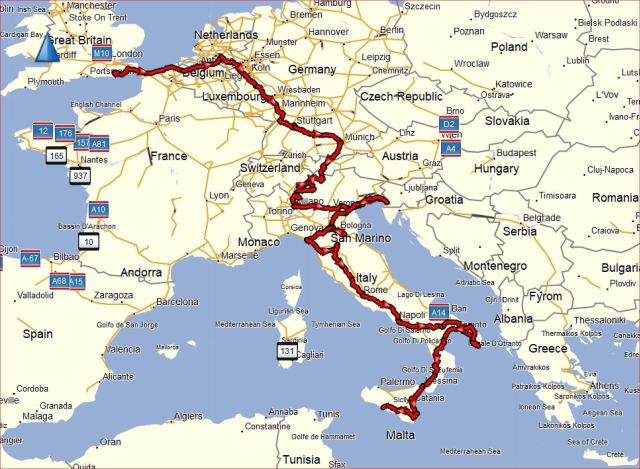 From Syracuse I rode to Noto, a small picturesque town in the hills with some very steep, slippery, cobblestone streets. I wandered around took some pictures and left, a nice old town but I have seen so many of these now they fail to make an impression. One of the hazards of travelling for too long. My riding camera Olympus Tough TG3 decided to be not so tough, with what looks like a damaged on/off button so no riding pictures until I get another camera 😦

Next stop Caltagirone, great ride on B and C roads through the Sicilian hills and at 38c like riding in a clothes dryer hahaha. This town is famous for its ceramics and a 142 step staircase which has a different set of tiles on each step called the Scalinata di Santa Maria del Monte and I climbed to the top of it and back down again, very slowly.

A town in the distance

On the way up

You would have to pay me to stay here

The last one whew!

On the way down

After that I rode to Agrigento, famous for the Valley of Temples and the Stairs of the Turks though I am only going to visit them on my way out. Serendipitously it so happened to be the Festival of Saint Calogero, the patron saint of these parts, lots of excitement.

Bringing the Saint out

Valley of the Temples